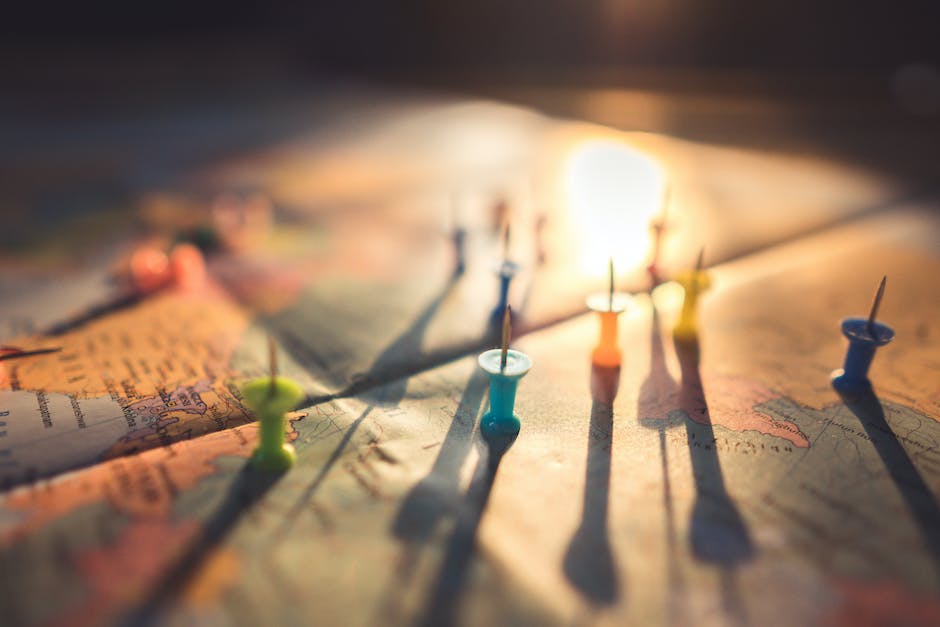 In 1947, America on the was cusp of conflict with the Soviet Union, as the latter side pushed for control of the Mediterranean and the prior attempted to contain as much as possible. This policy of containment was largely derived from President Harry Truman’s 1947 speech to Congress, commonly known as “The Truman Doctrine.” Within it contained a proposal to provide economic and financial assistance to Greece and its neighbour Turkey, ensuring the maintenance of a democratic state and the prevention of Soviet takeover. It is Truman’s commitment to this internationalism that is historically synonymous with American foreign policy and the notion that America is the “Beacon on a Hill”, the moral light guiding the world.

Nowadays, such policies are few and far between. Populism and isolationism have been on the rise in the USA, UK, Latin America and Africa. We in The Bahamas are no stranger to such nationalistic policies, as our country pride has driven us to always strive to put Bahamians first. However, we have seen that foreign investment and immigration have been key elements to the development and economic prosperity of our nation, of which there is significant value. As Truman pointed out, when bad things happen to allies around the world, they have a trickling effect on their surroundings, which would eventually have an effect on America. Geopolitically, this is not different in the Caribbean. When one country in our region faces hardship, there are widespread effects from an economic, immigration and social perspective. The question is, does The Bahamas have the potential to be the “Beacon of Light” in the Caribbean? And can this current government propose a “Minnis Doctrine” that would promote not only domestic, but regional prosperity?

Foreign Policy has been something of little concern to The Bahamas over the past few decades. We are much more keen on developing our “Foreign Affairs” than actually implementing foreign policy. To those who may not grasp the difference, we have established strong diplomatic relations through the Ministry of Foreign Affairs, including embassies, consulates and unilateral partnerships  such as CARICOM and the Organization of American States, but we have not gone so far to compose a national plan for proactive involvement in the region. I also must recognize that we have had great relationships with international investment bodies such at the IMF, IDB and World Bank, but I fear we are not living up to our capacity.

This is something we should be concerned about. Geopolitics is crucial for every country, and we have seen in the Caribbean a significant decrease in our geopolitical importance since the Cold War. Instead there has been an increased focus in regions like the South China Sea and isolationist policies from the Trump administration have limited America’s involvement on the world stage. This creates a vacuum that MUST be filled. Failure to do so would leave the region at the hands of the one nation that does care about the Caribbean’s geopolitical opportunity… China. We, along with our Caribbean counterparts, are first-hand witnesses to China’s deep investments. I will not go in-depth on China, (that is a conversation for another day) but it’s mention is important to stress the need for a leader and maverick to fill the void and pickup the mantle..

What I do want to focus on, is how The Bahamas and this government can set a precedent and adopt a proactive foreign policy to better the country. Ironically named the Minnis Doctrine, I believe there could be potentially groundbreaking initiatives focusing on key principles:

As much as we as a public may be frightened about sharing our resources with others, we must understand that no man is an island and that collaboration is key. That comes with embracing the same “Beacon of Light” mentality as the US, and abandoning some of our nationalist tendencies. These tendencies have sown seeds of isolationism towards Caribbean countries that show promise of being some of our greatest allies.

Throughout the world, people have the same fears about watering down culture, locals not feeling prioritized, and immigrants taking jobs, but we must understand some of our fears are irrational when our approach is correct. The United States’ strength today was built on the back of the H1-B visa, which brought the best of the best from around the world to the US in exchange for a better way of life and the betterment of the country. The H1-B visa paved the way for workers who saw hope and opportunity in the United States, a similar view many Caribbean countries hold of the Bahamas. Some may even argue we are viewed with envy due to our favorable state, so why not take advantage of it? There are a plethora of mutually beneficial partnerships and coalitions that can stem from the reputation The Bahamas has in the Caribbean.

What if we created an environment where the best talent from Trinidad, Jamaica and Barbados came to contribute their skills to The Bahamas instead of the US or Canada? This constitutes a modernized and competitive foreign immigration policy that protects Bahamians, while fostering an inclusive culture to host the premier talent in our region. In my eyes if done right, this could create the opportunity for Bahamians to branch out and innovate in new industries, knowing they can benefit from the best human capital the Caribbean has to offer. It is quite possible that we could create a strong Arts and Entertainment industry here in the country, led by Bahamians, but attracting rising stars from the region. This models a mindset of having excellence in everything we do. This could even give birth to us being the Technological, Environmental and even Diplomatic hub of the Caribbean, where research firms, renewable projects and diplomatic centers are widespread, giving The Bahamas global recognition.

We also have an opportunity with foreign policy to take advantage of each country’s particular strength in order to compensate for our weaknesses. We should independently research and negotiate to find a specific strength that each country in the Caribbean has, and seek opportunities to form symbiotic bilateral agreements that improve our situation in one way or another. These symbiotic partnerships will be built on the backbone of addressing each country in the Caribbean’s individual economic, social and political shortfalls and compensating through strategic partnerships.

This could be a socio-agricultural agreement with Haiti where we offer aid or visa status for residents in exchange for access to their produce and livestock through Bahamian-owned agricultural firms at a price competitive with foreign markets. This could even extend to Bahamian farms in Haiti, that provide our access to human capital and specialized services in exchange for better soils and cheaper operating costs. For another country, like Jamaica, it might be an exchange program providing quality teachers from Jamaica the opportunity to teach in The Bahamas in exchange for PhD or Masters scholarships at UWI for Bahamians studying specific fields, with the interest of returning. These are all hypotheticals, but the message is consistent that each unique country has the potential to offer a benefit that could strengthen both parties.

3. The Power in the Collective

Lastly, it is important to remember that there is strength in numbers. Coalitions are one of the most essential aspects to efficient operation and task management in any field. We know that CARICOM exists and has power, but as the leader we should charge the unilateral organization to actively engage in proactive policy, unity, and ideological progress. For too long, the private, public and non-profit sectors have lacked regional thinking, and that is the next step on the process to an improved global standing. If we can work to make the Caribbean stronger as a unit, learn to work with one another and decrease dependency on larger developing countries, we have the potential to influence the rest of the developing world. Finance, agriculture and renewable energy are just some of the areas where we have the opportunity to step out of the box, and onto the podium. If we as The Bahamas do not take the first steps, the rest of the Caribbean might never do so.

We have been here before. In 1985, Lynden Pindling led the charge in the Commonwealth of Nations to challenge apartheid in South Africa and impose sanctions, which would prove to be a major catalyst in the abolition of apartheid. Known as the Nassau Accord, it was a momentous display in foreign policy, which showed the value of coalitions and partnerships to work towards a greater good.

We can be there again. The Commonwealth, CARICOM, OAS and other multilateral partnerships present the opportunity to make significant waves in the world. Today’s issues look nothing like the troubles of yesterday. We face the threat of Climate Change, and its impact on Small Developing Island States. We face the challenge of contesting the Eagle(America) and the Dragon(China) in regards to investment and control of the region.

We face the task of forming proposals for partnership throughout the whole Developing World to challenge imperialist history. But the journey of a thousand miles starts with one step. From The Bahamas to the Caribbean, to Latin America, to Africa, to Southeast Asia and to the World.

In summation, the Minnis Doctrine wouldn’t simply be a listing of forward thinking policies to strengthen our positioning; it would be the assimilation of a global mindset that understands the global world we live in requires partnership, and that if our neighbor is doing well, so are we. We must consider where we want to be 5, 10 and 50 years from now, and the government adoption of a global initiative would be the first steps in the right direction.

As the founder of BAYP, Benjamin is highly motivated to making a widespread impact in his country. He is keen on facilitating individual success and developing human capital. Currently enrolled as a junior at Liberty University, Benjamin is studying International Relations with aspirations of one day transitioning into the field of diplomacy and global development. His strengths include public speaking, organizational leadership, project management and external relations.

How can we solve the housing issue in The Bahamas?

The Solution to VAT

Was The Bahamas Ever Prepared for Air Accidents?

Whether you'd like to be a writer, offer some insight or even join our network we'd love to hear from you.
wpDiscuz